Rise of the Evil One

“He will be succeeded by a contemptible person who has not been given the honor of royalty. He will invade the kingdom when its people feel secure, and he will seize it through intrigue… (NIV)

Daniel received a vision of Israel’s future in 539 B.C. but like most prophesies it foretold the future in several layers.  The first fulfillment began after the death of Alexander The Great in 323 B.C.  Alexander divided his empire among four of his generals who for the next two hundred years fought over the land of Israel.  In 215 the Seleucid emperor Antiochus IV began to rule Israel.

Note that this person does not achieve a military victory but a political one, through diplomatic scheming.

For video teachings on all the holidays and feasts, subscribe:

PRAY FOR ISRAEL TO DISCERN GOOD FROM EVIL AND SEEK GOD’S WILL. 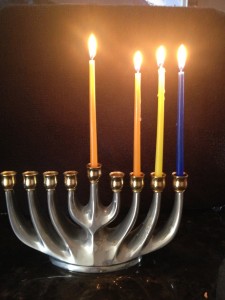