This is a timeless warning to the nations surrounding Israel.  Historically when the Romans conquered the land of Israel, they renamed it “Philistina” after Israel’s most hated enemy- the Philistines. Hence we arrive at the modern name, Palestine.  But as seen from the following verses the Philistines/Palestinian people were NOT early inhabitants of Israel as some claim today, but were in fact Israel’s enemies.

Because you have taken My silver and My gold,  and have carried into your temples My prized possessions.

“Behold, I will raise them  out of the place to which you have sold them,  and will return your retaliation upon your own head.

I will sell your sons and your daughters  into the hand of the people of Judah,  and they will sell them to the Sabeans,  to a people far off;   for the Lord has spoken.”

Proclaim this among the nations:  “Prepare for war!  Wake up the mighty men,  let all the men of war draw near,  let them come up.

Beat your plowshares into swords  and your pruning hooks into spears;  let the weak say, ‘I am strong.’”

Assemble and come, all you nations,  and gather together all around.  Cause Your mighty ones to go down there, O Lord.

“Let the nations be wakened, and come up to the Valley of Jehoshaphat;  for there I will sit to judge all the surrounding nations.

Put in the sickle, for the harvest is ripe.  Come, go down;  for the winepress is full,  the vats overflow— For their wickedness is great.”

The sun and moon will grow dark,  and the stars will diminish their brightness.

History hasn’t changed much. Consider this:

Tyre and Sidon were cities in Lebanon and Philistia was the land of the invaders who came from the north, and now inhabited five coastal cities: Gath, Gaza, Ashkelon, Ashdod and Ekron.  They had sold Israelites as slaves and plundered the land.  (Amos 1:9; Judges 13:1; 1 Samuel 5:1, etc.)  As enemies of Israel, they were enemies of God.

God´s warning of 7 centuries ago is still valid today: “Prepare for war!”  Understand, however, that the coming war will be God’s retribution and judgment for their crimes against the Jews.  The final victory will be God’s.

PRAY FOR THESE NATIONS WHO ARE STILL FIGHTING AGAINST ISRAEL THAT THEY SOON REPENT AND RECEIVE YESHUA, MESSIAH OF ISRAEL BEFORE IT’S TOO LATE. 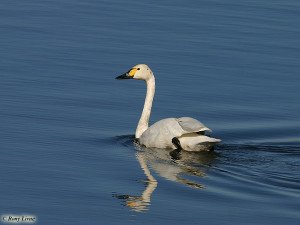