All our prayers this week will come from the third chapter of Malachi, the final prophet in the Hebrew Bible. Some have incorrectly called the 400+ years between Malachi and the beginning of the New Testament “the silent years.” But there were many prophetic and historic writers who give us an understanding of the culture into which Yeshua was born, lived and ministered.

Two thousand years have passed during which time Yeshua came, ministered, and offered God’s grace, mercy and salvation to all who would believe. Soon it will be time for this prophetic word to be fulfilled.

“Behold, I send My messenger,  and he will prepare the way before Me.  And the Lord, whom you seek,  will suddenly come to His temple,  even the Messenger of the covenant,  in whom you delight.   Behold, He is coming,”  says the Lord of hosts.

“But who can endure the day of His coming?   And who can stand when He appears?   For He is like a refiner’s fire  and like launderers’ soap.

“He will sit as a refiner and a purifier of silver;   He will purify the sons of Levi,  and purge them as gold and silver,  that they may offer to the Lord  an offering in righteousness.”

PRAY FOR ISRAEL AS THE REFINING AND PURIFYING OF THE LORD IS COMING. 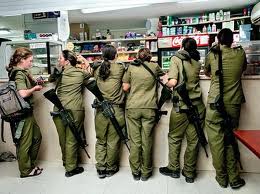