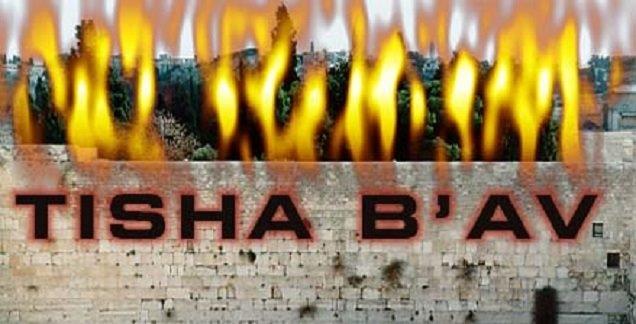 The three weeks from the 17th of Tamuz to the 9th of Av on the Jewish calendar, are called The Dire Straits as the Jewish people remember the destruction of BOTH Temples.

Yes the Temple was destroyed twice, ON THE SAME DAY!  But incredibly many great tragedies have befallen the Jewish people ON THIS SAME DAY.  Of course there is a traditional explanation for this unique day, but it has no basis in Scripture.

For more information on the Dire Straits and Tisha b’Av see:

Tisha B’Av reminds us of God’s judgement in the past and should warn us of His coming judgement.

The Babylonians, under Nebuchadnezzar, destroyed the First Temple while Zedekiah was king of Judah. The destruction began with the breaching of the walls of Jerusalem.

For because of the anger of the Lord this happened in Jerusalem and Judah, till He finally cast them out from His presence. Then Zedekiah rebelled against the king of Babylon.

Now it came to pass in the ninth year of reign, in the tenth month, on the tenth day of the month, that Nebuchadnezzar king of Babylon and all his army came against Jerusalem and encamped against it; and they built a siege wall against it all around.  So the city was besieged until the eleventh year of King Zedekiah.  By the fourth month, on the ninth day of the month, the famine had become so severe in the city that there was no food for the people of the land.  Then the city wall was broken through, and all the men of war fled and went out of the city at night by way of the gate between the two walls, which was by the king’s garden, even though the Chaldeans were near the city all around. And they went by way of the plain.

About 100,000 Jews were killed during the invasion.

But the army of the Chaldeans pursued the king, and they overtook Zedekiah in the plains of Jericho. All his army was scattered from him.  So they took the king and brought him up to the king of Babylon at Riblah in the land of Hamath, and he pronounced judgment on him.  Then the king of Babylon killed the sons of Zedekiah before his eyes. And he killed all the princes of Judah in Riblah.  He also put out the eyes of Zedekiah; and the king of Babylon bound him in bronze fetters, took him to Babylon, and put him in prison till the day of his death.

PRAY FOR ISRAEL TO UNDERSTAND THE CONSQUENCES OF SIN AGAINST GOD.